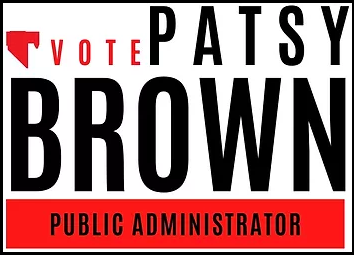 To make a financial contribution, display a sign in your yard or support the campaign of Patsy Brown, Clark County Public Administrator Candidate, visit www.votepatsybrown.com.

Neil Beller was born in Bronx, NY. He grew up in Southern California, where he gained his interest in the arts. Graduating high school in 1959, he decided to continue on to higher education and graduated from UCLA in 1963; after which, he decided to pursue his Juris Doctorate at California Western University Law School, where he graduated in 1966. He moved to Las Vegas to begin his legal career. Passing the bar in 1969, he quickly gained momentum to become a partner in Goodman, Oshins, Brown Singer in the late 1970’s and continued his experiences there through 1982. From the early 1980’s through 1986, he was a partner in Brown, Wells, Beller, Kravitz. In 1986, he ventured off as a sole practitioner, which he continues to do today. Practicing with an emphasis in business and general litigation, Neil has represented a diverse range of companies and individuals throughout the years. He has strived to meet all of his clients’ needs for legal representation. He has also worked as outside counsel for the board of realtors and done zoning work as an attorney. Neil has also been a Deputy District Attorney and an Alternative Municipal Judge.

Neil has been on the fee dispute committee of the State Bar of Nevada in excess of 10 years, and on June 23 , 2021, the Board of Governors approved his appointment to the Southern Nevada Disciplinary Board through July 1, 2024.

While representing many higher end clients, he always remembers to give back to the community that helped build his career. Throughout his years, he has donated his time to many different pro bono cases for those who would otherwise not be able to afford legal representation, including but not limited to bankruptcies and parental rights. He also volunteers on various committees through the Nevada State Bar, including as a fee dispute arbitrator. Neil sits on the board at New Horizons School, where he donates his time, skills, and knowledge.

Neil has always been a supporter of politicians and the legal system to the best of his ability. He has been on committees to throw various events to help in the election process, as well as to educate the people on the various politicians and Judges running in elections. The most recent event he helped host was to educate the community through a “meet the candidates night” at his temple. He was responsible for helping to get the word out on the event, inviting all candidates running to come and speak, and making sure it ran in a smooth manner.

While Neil is an attorney by profession, he is an entrepreneur by night. He has had many different business ventures have been part of his career. He has run his own law firm and/or been a partner of other law firms for over 30 years. He has helped establish many businesses and helped to get them off the ground as either an attorney or a member/owner. From real estate ventures to a liquor store in a casino, he has dabbled in a little bit of everything. Along with his many business ventures, he has assisted in setting up and been involved in non-profits.

Among other non-profits, Neil has been a supporter of Larger Than Life, a Non-Profit for improving the quality of life of Israeli Children with Cancer. He has also supported the Young Men’s Christian Association (YMCA) in Las Vegas. In 1998 the Clark County Bar Association awarded him the Volunteer of the year award for all of his efforts in the community.

Neil Beller obtained medical marijuana certificated in production and cultivation and has been a minority member until his recent sale subject to state approval. He is familiar with obtaining certificates as well as familiar with current law regarding same.

Patsy Brown, Clark County Public Administrator Candidate, is on Nevada’s 2022 General Election ballot. Patsy Brown is not an attorney, nor licensed to practice law in Nevada. However, Patsy Brown earned a professional law degree. Patsy Brown’s specialty is contract law and she worked as the administrative manager of The Law Office of Ellison & Associates in Los Angeles, California. Patsy Brown worked as the in-house lawyer for her family’s international and stateside businesses. Patsy Brown is a Federal Contractor with 15+ years experience, a Business Owner with 25+ years experience, a Philanthropist and a Rotarian. 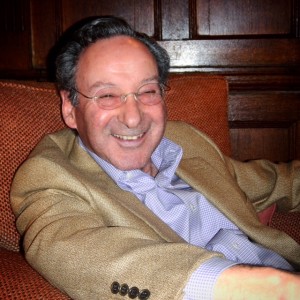